I am talking tonight about Tantra and women. In the distant past, women were given many different exercises. Shiva (a spiritual master 7000 years ago in India) gave Tantra a systematic form. But Tantra dates back to the time before Shiva, the ancient matriarchal societies; Shiva originally systematizes the exercises developed by women.

Tantra was not given to men, originally it was only for women, and only later it became mainly a male practice. But at first it wasn’t for men. It evolved in those ancient societies where the Goddess ruled and the power of women was paramount. Over time, as the status of women deteriorated, these exercises were changed and became primarily exercises for male candidates. But even during Shiva and thousands of years after that, there were women who were consecrated to the practices of Tantra, establishing schools or communities where the practices of Tantra flourished. Over time, these schools were discontinued, and when women lost their status, they also lost their right to these exercises, which were originally from women’s society.

It has been said that Shiva gave the exercises of Tantra, and in fact it did. He gave them to his wife Parvat and this to others. Those exercises included spiritual exercises for human development as well as exercises designed to remove darkness and ignorance from the human mind. Now is the time. Many things have changed. Women are emerging again, but their ancient roots have been buried in the twilight of the past, their spiritual roots unknown to them. Now women are emerging and Mother’s time is coming again. But now the Mother shares her throne: man and woman come to live equally and harmoniously. The time of the patriarchy is coming to an end and with it the dominance of men over women.

In ancient times, this was not ideal. The ideal was a mother who gave birth to life and fed the world on her breasts. She is the mother of life and not a virgin. So in those ancient times, your female ideal was a mother full of life, fertile, abundant. She is the Goddess who feeds the world, and it is in this life-sustaining sense that a woman’s spiritual power is truly alive. A woman is no longer sanctified by virginity or sacred abstinence. She is a life-giving mother and her body is the temple of life. This is what was taught in ancient times. All life has come from her and from her love, she is infinite grace, her compassion, her children will be nourished, grow and flourish on her breasts. The power of a woman is thus in her femininity and in her body — she is not that intangible virgin who has never felt or experienced her femininity.

In the ancient schools of mystery where Tantra was taught and practiced to transform consciousness, to transform oneself from small identification to identification with the Great, women learned to see themselves as extensions of the Mother, the Great Goddess, the Goddess from whom all life comes. They learn to value their femininity and transform their femininity into a source of their spiritual resources and spiritual knowledge.

So what is Feminine Tantra?

In the path of Tantra, everything that is limited, limited, immature, is transformed. The Little begins to identify with the Great, and everything that is hidden is revealed. There can be no secret part, no secrets, and no shame related to femininity. Femininity is your greatness. Femininity is your greatness, and through it you can become the Great Mother of all life, whose divine compassion nourishes the earth and who gives birth to divinity in love. Thus, in Tantra, a woman’s rights to her own body are paramount. He cannot think of himself as a mere intangible spirit. She should value her own feminine expression and mature in that expression, transforming the physical into the mental, so that the girl becomes the Mother, the Goddess herself. This Goddess is the wife of Shiva. He is Purushan(= Shiva, Pure Consciousness) complementary party.

Then there were those who with patriarchal arrogance began to claim that a woman cannot achieve complete liberation because she can only become a Goddess, she can only identify with Prakrit (= Shakti, supreme energy, power, nature) and not Purusha and therefore she cannot achieve complete liberation . This is what the men who dominated spiritual thinking perhaps for the last four, five hundred years thought. But these were just stupid old men. They did not see clearly because of their prejudices. Otherwise, they would have clearly seen that the form of a woman, as well as that of a man, includes both Purusha and Prakriti .

When a woman matures, she becomes a mother and when a mother matures, she becomes a Goddess, the Mother of all living things. These silly men did not realize that yet Purusha and Prakriti are so close together (Baba makes mud by putting his index finger and middle finger crossed) and the Goddess is not separate from her Beloved. She is one with this. Those two, Purusha and Prakriti, danced forever together, in that endless dance they join together in the divine covenant. A woman who is fully devoted to this dance of her divine femininity will find that she is a reflection of the Supreme Consciousness.

In her great compassion for the infinite creation which comes from her and which she sustains with her love, she will find her greatest joy in her perfect union with her divine spouse, the Infinite Pure Consciousness, which is the foundation of all living beings. And so creation reaches its resting point in the Supreme Consciousness.

Thus, through the practices of Tantra and femininity, a woman can enter - not only into the realm of the Goddess - but attain a complete realization of the conscious nature that testifies to the manifested world. This path is the ancient path of Tantra that was taught to women many thousands of years ago. Today, it matters again when a woman’s oppression is going down in history, and women begin to explore and experience the sanctity of themselves and their bodies. When the heart is open, when the mind is clear, the Mother of Creation can appear and appear to her daughters. Then this world will take a new direction.

Ashtanga  yoga exercises are given for men. How can these exercises be applied to the needs of women?

It should be remembered that the difference between men and women concerns only the first three levels of the mind. (Yoga distinguishes a total of 7 different levels of mind, trans. Note.)In other respects there is no difference. Thus, as far as the development of the lower layers of the mind is concerned, a somewhat different method is required, but what is directed to the higher levels of the mind may be the same. Body and mind cannot be ignored, and it is a mistake if this happens. Therefore, there should be exercises and teachings that awaken these energies and direct them correctly. But the time for these teachings has not yet come. Women have recently risen from the darkness and oppression of the patriarchate and have not yet learned to appreciate their bodies. They have not yet learned to value themselves as women. How can lessons be given if women are not ready to receive them? If you want teachings, you change yourself, you begin to accept yourself as a woman.

- Are these teachings the same as what women practiced in ancient mystery schools?

They apply. Time has changed. Ancient schools belonged to the matriarchal era and the few thousand years that followed. But that era is left behind forever. And the coming era is different again. It is not going to be the same, and so the teachings cannot be the same. Some aspects have been taken from those teachings, for Mother is coming again, but they will not be the same. There was a serious grievance in those past times, for over time the position of men became very miserable, very poor, and resulted in a counter-reaction that gave rise to patriarchy and complete discrimination against women, which took place during the patriarchal era. So now is the time of equilibrium for both the human race and the human psyche, as people have grown into adults.Thus, spiritual exercises should also reflect this fact. Although the practices of Tantra are based on ancient practices, they should still be applied for this time.

- How are these exercises given?

They are already coming to the planet, they are becoming more and more evident. I will give these teachings to women, but not yet. You will find them from many sources, but the time is not ripe for Tantra exercises - women are not ready yet. They are coming. Mother must heal this wounded earth. If women do not step forward, this planet will die. May the Mother be in the moment of need and save the children. May the form of His daughter be given to His power and strength.      ​
Back 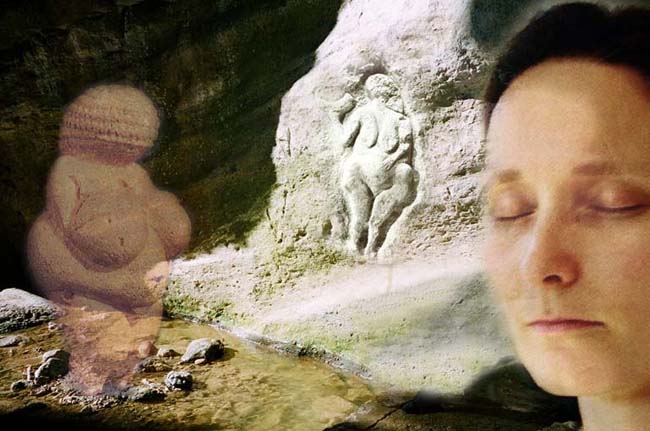