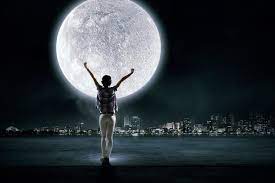 Women do not have the same status as men in society, although much progress has been made towards the same rights, equal pay and the same independence - yet it has not yet been achieved. While it is here in your place (USA, California) that women seem to have a lot of freedom and independence, don’t forget the general status of women in today’s world.
​
It is not yet as it should be. Still the bird is flying with one wing, the other wing is not working properly. In order to achieve a balanced situation, the women who are the most liberated should stand out, express their values ​​and make an impact on society. It’s changing, it’s changing fast, but it needs to change very fast! Only by bringing feminine traits and qualities into society can it be saved from destruction.

As these feminine characteristics come to the fore in society, society will grow and flourish in the future. Without these qualities, society is moving toward destruction and destructive acts, as feminine traits are associated with far less masculinity-related ownership and attachment to some land.

Naturally, there are many variations among men and so also among women, and therefore no generalization can be made that applies to every individual. But when it is said that, in general, male types have certain characteristics that are generally stronger than female types, and female types have certain characteristics that are generally stronger - although there may be differences for a particular individual - but in general it can be said that a female type those with the body have a greater capacity for emotional attachment. This is due to the woman’s caring spirit, the role of mother. It is related to biological factors.

Which mother wants a war? Which mother with young sons wants a war? A mother always wants the best for her children and provides security for her children. So the woman is bringing peace to the world. As people with feminine characteristics gain more power in society, better care is taken of the elderly, the sick, and children, and a strong desire arises to resist all acts that harm people, mothers ’sons, and daughters.

These are feminine qualities. These qualities are badly needed in society, in politics, in the development of society. These feminine, feminine personality traits are needed, and the sooner they emerge, the better.

In the early days of the women’s freedom movement, the aim was to get a woman to work in the world of men, but what happens next. Women must become men, they must give up their time with children, give up their great desire to be with family and children in order to achieve financial success and status. When they are menstruating, they have to pretend that they are men and have no stomach pain. And when they come into menopause, they shouldn’t show any symptoms associated with it because it’s a weakness. It’s a weakness - But according to whose scale are they weaknesses? Who has said they are weaknesses? When the female workforce enters a world based on men’s work, these are seen as weaknesses. They are considered weaknesses. Thus, a woman is of a weaker sex, and are women not in a sensitive state of mind before menstruation; this is another weakness of a woman. But by what measure is it a weakness?

So when women get out of their homes where they have been financially dependent on men
and join the male workforce, are they expected to become men, and what happened to the children? What are children whose mothers are away from home - and the hard-hearted boss thinks it shows weakness if a mother has to give time to her child.

This is not the liberation of women and women in this society are not as liberated as you think. The liberation of women requires a universal appreciation of feminine values ​​and standards — gentleness, softness, care, and nursing. Why is it a crime if you need a day, a week or a month off? Maybe this should be the standard.

Women's values, women's needs must be taken into account in society, the sooner the better, the more, the better. When this materializes, so does the balance in society. Women should not become men, ignoring their needs, trying to suppress them so that they do not show any weakness, but women should step forward and put an end to these things that are natural to a woman’s body and mind being considered weaknesses. They must be seen as natural things, they must be given their own time, they must be treated appropriately. When this happens, a huge change will take place in society. Wars will only remain black spots in history books. Caring and caring for all living things will increase when women step into the forefront.

There are women who are at the forefront of the crowd and who hold their position in order to maintain the standards and values ​​of men, but they have had to pay dearly for this and it is not in their innermost nature. Although, as I have said, in this regard is the variation between individuals, but when you analyze the situation, you will find that many women, who are well advanced in their careers or in politics, and who have had to take on some masculine traits and habits, feel the pain inside, a perceived need for something or fear that they have lost something — for they have had to suppress themselves, though they have done very well, they have suppressed themselves as women, and they have not been taught to appreciate their gentler and softer side. They have been taught to suppress their feminine cyclical nature, variations in their emotional states to be successful in the world of men. Maybe they have had to sacrifice and not have children, or if they have children, they haven’t had time for them, and they feel like they’ve lost a lot.

These are the hardships of women in today’s society, where women seem to have an even better position in working life. But for women to really be in a better position, it is not enough to be in work, but to be a proud woman and to take proudly forward feminine values ​​and standards, to respect the life cycles of a woman - the cycles of your life, changes, ups and downs, tides, days rest, days when you should go out into the world, days when you feel a little irritated, menopausal cycles, cycles of a woman’s life that are like the rhythms of time. They are part of nature, they are part of the rhythms of the earth and the moon. They are stunning, they are not a woman’s weaknesses. They are natural tides.

Be a Woman in Working Life, in the World! Women must have a place so that success in the world takes place on your terms, on the terms of the tides of your body, mind and emotions, on the terms of your relationships. None of this should be denied, sacrificed.  Now is the time to put an end to it. For the greatness of a woman is not to be a man in masculine working life, but to bring out a feminine heart that changes the masculine power, softens it, shapes it, dances with it in a rhythm that gives it a new shape, smooths it out and puts an end to the problems that now burden the world .